Customer segmentation is a marketing strategy that involves dividing a market into subsets of customers who share similar characteristics using statistical techniques such as cluster analysis.  This allows a company to target specific groups of customers effectively. The segmentation could be relevant to any characteristic that is appropriate to the marketing campaign; for example customer requirements, interest in certain product features, customer profitability, demographics (such as age or gender) etc. In this case, the mobile network provider carries out a customer segmentation on the call attributes of their different customers and finds that females tend to have longer calls than males and older people tend to have longer (but fewer) calls than younger people. 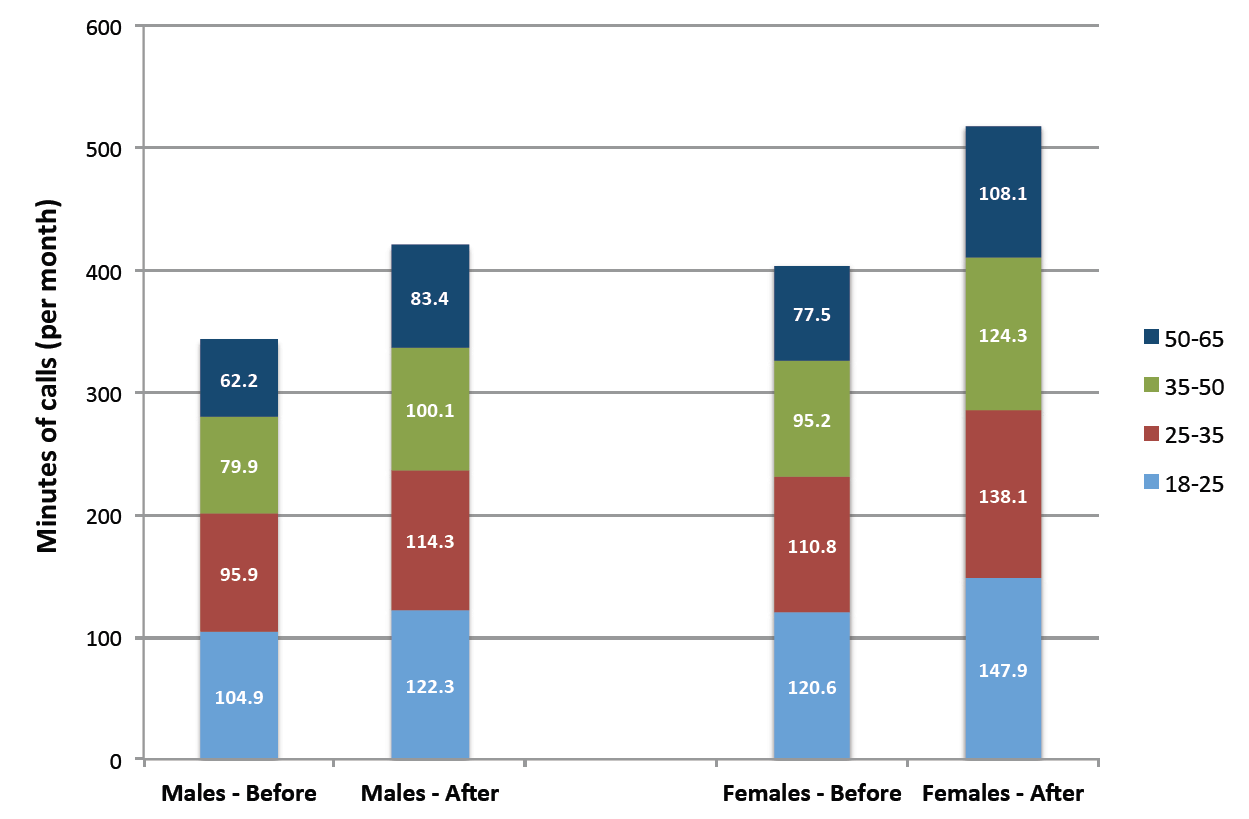 Predicted usage before and after the promotion.

The mobile provider targets their advertising toward older people and females as they know these are the customers that are more likely to use the promotional offer. The figure above illustrates the predicted usage before and after the promotion. Naturally, a few male and younger customers will also take advantage of the promotion, but the effect is more pronounced in the targeted group.