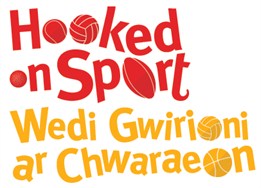 Over the summer, Select worked with Sport Wales to prepare for analysis the response data from the largest survey of young people in the UK. Results from the survey, the second ever national School Sport Survey, were published by Sport Wales today. The survey comprises two components: a survey of sports participation among school pupils aged 7-16 which has been run biennially for more than a decade; and a survey of the provision of physical education (PE) by schools which is completed by the Heads of PE and PE coordinators on behalf of their schools. The survey is used strategically by Sport Wales and the Welsh Government to monitor and shape sports policy, and by local authorities, governing bodies and schools to inform and plan local delivery.

The findings include: the facts that the numbers of young people taking part in sport or physical activity three or more times a week has risen from 27% in 2011 to 40% in 2013. Boys (44%) were found to be more likely than girls (36%) to regularly participate in sport but, though the figures for both have increased, the gap remains static. To see more of the headline results and some infographics summarising the key findings visit www.schoolsportsurvey.org.uk. Further discussion can also be found on the BBC news website.

Select were asked to produce the survey weightings, a critical step in the analysis of any survey, which ensure that the results properly reflect the sports participation of school pupils in Wales. These weightings are used to account for non-response and imbalances in the sample where, for example, we might see a greater proportion of boys in the survey than we might see in the general population. These weightings correct the imbalances that inevitably occur in any survey and ensure that the results provide as accurate a representation of the sports participation of Welsh school pupils as possible.