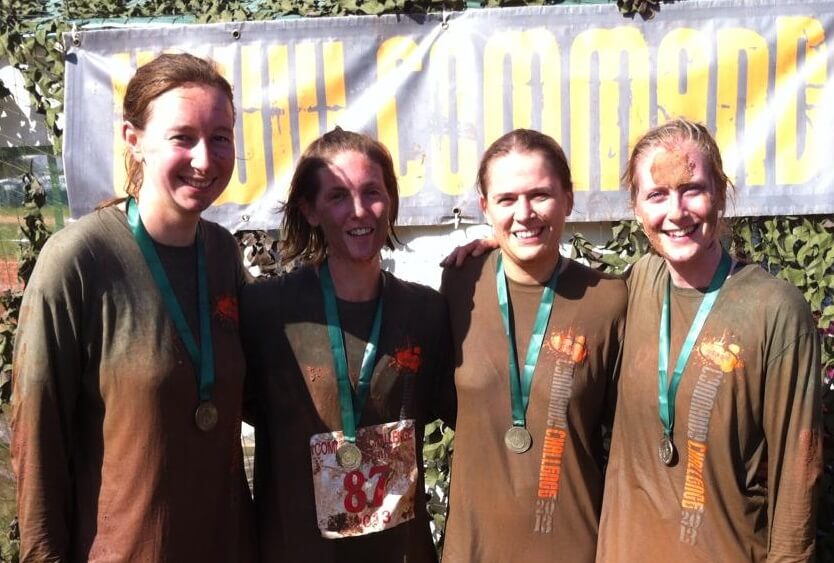 In some un-seasonally warm October sunshine, this Sunday saw the 23rd Marine Commando Challenge take place on Woodbury Common. Following some timely spells of torrential rain in the week leading up to the event, the sun came too late to dry out the 10km course of tracks, tunnels and water-based obstacles which was muddier than ever. Peter’s Pool, the Crocodile Pit and the infamous Sheep Dip were full of ice-cold, muddy water and the course stewards, all former Royal Marines, took great pleasure in subjecting the participations to an icy plunge. The challenge uses the official Royal Marines’ Endurance Training Course which is where recruits from the Commando Training Centre at Lympstone do their first Commando Test at the end of 32 weeks of training to prove that they are ready for their green berets. 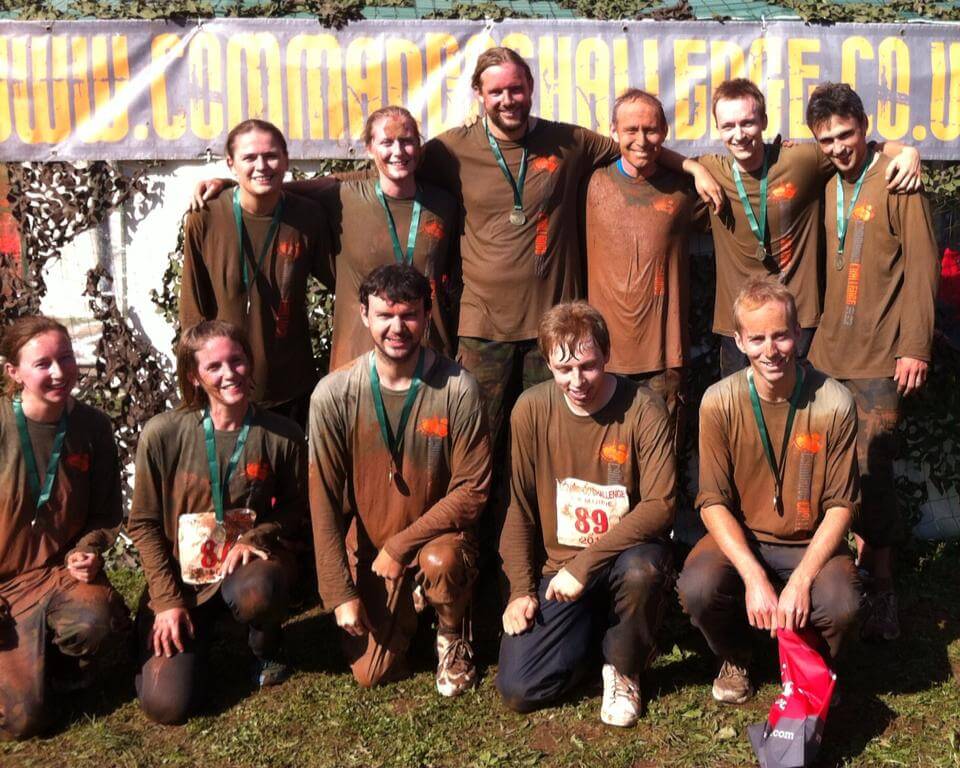 As part of the ‘Royal Maureens’ (pictured above), Select’s own Lynsey was there to take part and face the grueling assault course. Together with Georgie and Gemma from Sparx and Grace from ATASS Sports they took third place on the podium in the female category. Also competing from Oxygen House were the 8-Assassins and the ATASS Honey Badgers, with the three teams raising nearly £1,500 for the Devon Air Ambulance and the Royal Marines charitable trust. The 8-Assassins, with the quickest course completion and the most sponsorship money collected, took first position in the male category.

Sporting some bruised knees from crawling through the course’s narrow, concrete tunnels, veteran competitor Lynsey said “It was great fun, and we were delighted to shave almost 10 minutes off our time from last year!”.