More than 100 representatives from local public and private sector organistaions gathered together for the launch of the Exeter Initiative for Statistics and its Applications (ExIStA) at the University of Exeter on the afternoon of Monday 28th November.

Researchers from more than a dozen departments within the University mixed with delegates from Plymouth University,  the Met Office, NHS Devon, the County Council and a number of local businesses all hoping to share skills and experience and to learn more about the statistical expertise available within the region. Dr Tim Paulden, Innovation & Development Manager at ATASS Ltd, commented: “At the launch event there was a genuine buzz in the air. It’s rare for people working in fields as diverse as climate science, medicine, finance, sports and politics to be able to come together to share their ideas and research like this – and thrilling to imagine the kind of collaborations that could spring out of the initiative.” 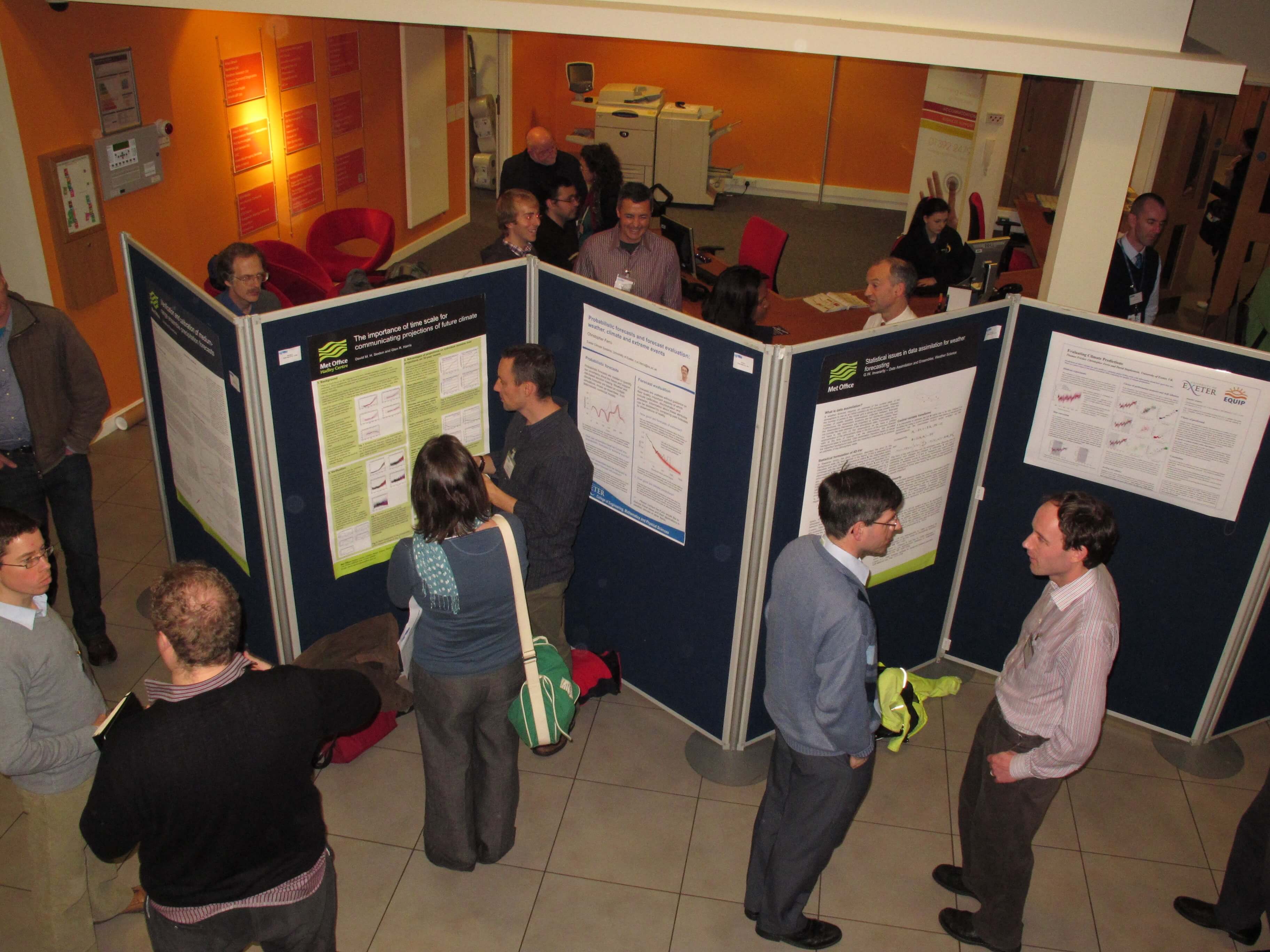 “We set up the initiative about 3 months ago and we’ve been amazed by the level of interest and excitement that it’s generated”, says ExIStA director, Steve Brooks. “We hope to use this energy to create a community that supports statistical activity in the region and that fosters collaboration between those who use and those who develop statistical methods.”

Funded jointly by Select Statistics and the University of Exeter under their Bridging the Gaps initiative, ExIStA is fast becoming the region’s centre for statistical expertise. It aims to bring together statisticians working in the University and within local public and private sector organisations and to foster and promote inter-disciplinary statistical activity. The Initiative also aims to raise awareness of the use and value of statistical methods and to support statisticians in continuing to develop and apply their skills. Peter Ashwin, Head of Maths at the University of Exeter stated “I am very excited by the potential that ExiStA is unlocking, already at its launch. There are many people in the university and region who use statistical or data-mining methods but are not aware of what else is going on in the area. This initiative is the perfect way to get and stay in touch with others who can help you.”

ExIStA is planning a series of events and activities aimed at supporting those involved in handling statistical data within the region. These include seminars and workshops as well as a number of web-based services including a database of statistical expertise that will make it easier for anyone to access statistical advice.

The next event will be held on February 29th and will be an afternoon of short talks by members on the work they’re involved in, followed by an informal networking session. Details will be posted on the ExIStA web site as they become available.

Membership is open to anyone in the region who has in interest in using or developing statistical techniques. Membership enquiries should be directed to – events@exista.org.