The UN Refugee Agency (UNHCR) release annual statistics on the global situation of both asylum seekers and refugees. A refugee is a person fleeing conflict or persecution. They are defined and protected under international law, and must not be expelled or returned to situations where their life and freedom are at risk. An asylum-seeker is an individual who has sought international protection and whose claim for refugee status has yet to be determined. For each year, information is provided on the population of refugees and/or asylum seekers in a given country together with their country of origin. We have explored different ways of visualising the population size of refugees and asylum-seekers, particularly in the UK.

Mapping the origins of refugees

Looking at the most recent mid-2017 estimates, we find that the population of refugees in the UK at that time consisted of 112,698 refugees from 114 different countries of origin. (To calculate these numbers, we first removed two origin categories from the data – those refugees that have been categorised as ‘Stateless’ (1,841) and those with ‘Various/Unknown’ origin (6,775)). We then ranked the population of refugees in terms of their country of origin and plotted the top 20 countries in the map below (Figure 1), where the colour of the country reflects the percentage of the total number refugees currently residing in the UK to have come from that country. We have also provided a table of the countries of origin and the number/percentage of refugees. This map highlights that the largest proportion of refugees are from the Middle East, but there are also a relatively high proportion from Africa (particularly the country Eritrea). [Note that we did not map all 114 countries given that the top 20 account for almost 90% of all refugees currently in the UK, meaning mapping all countries on one scale masked some of the more interesting patterns.] 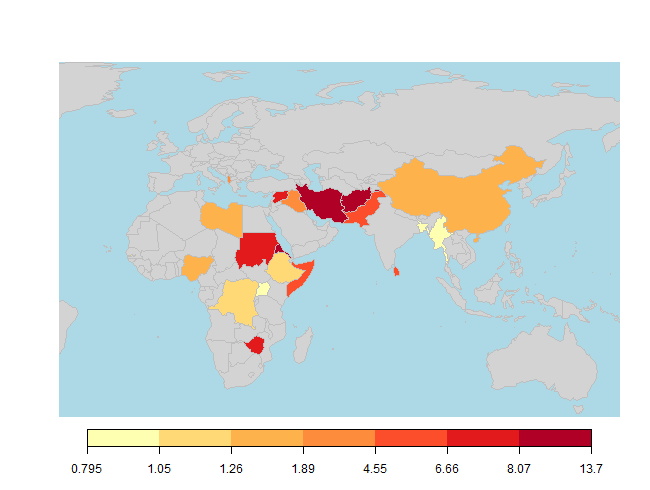 Figure 1: A map of the top 20 countries of origin for refugees currently residing in the UK.

We can examine how these numbers compare to different countries in Europe. For example, we have plotted the same map, but for the number of refugees in Germany in Figure 2. Germany has over seven times as many refugees compared to the UK, with 831,264 refugees originating from 132 different countries. Whilst Germany also has a large proportion from the Middle East (which is unsurprising due to the recent conflicts in these areas), there are fewer African countries in the top 20, and Russia and some of the Eastern European countries feature. Whilst Syria makes up 7.8% of all refugees in the UK, Syrian refugees account for over 50% of all refugees in Germany which may be a reflection of a difference in immigration and refugee policy between the two countries since the Syrian conflict. 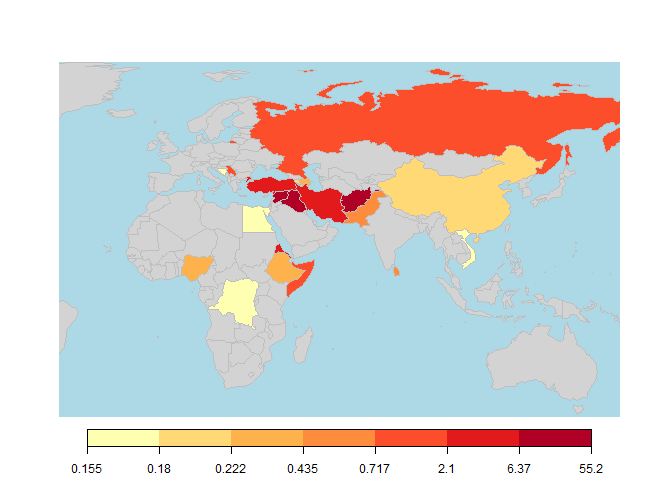 Figure 2: A map of the top 20 countries of origin for asylum-seekers entering Germany.

Charting the changes in the refugee population

As well as looking at a snapshot in time, we can also look at how the numbers and spatial patterns of refugees have changed over time since annual data are available from 1988. Below we have produced an animation of the top 20 countries of origin for refugees in the UK since 1988 where the colour of the country reflects the total number refugees currently residing in the UK to have come from that country.

This animation highlights how the numbers of refugees in the UK has changed over time. It seems that there was a steady increase until around 2005 followed by a reduction to the present number. We can confirm this pattern by plotting a time series of the overall number of refugees to have entered the UK in Figure 3 (note that this time series is plotted from 1951; we have total refugee population numbers between 1951 and 1987, but these are not broken down by country of origin). The longer time series also highlights that the number of refugees in the UK steadily decreased from the 1950s until the 1980s before rising once more. This rise in number and the geographic pattern of where refugees come from are likely to coincide with a number of recent conflicts such as those in Bosnia, Iraq, Afghanistan and Syria. We can see that, for example, from the early 2000s, the three countries where large numbers of refugees originate from are Iran, Afghanistan and Somalia. Other historical events may be reflected in these numbers; for example from 1992 to 1997 the Russian Federation is in the top-20 countries (the Soviet Union broke up in 1991). 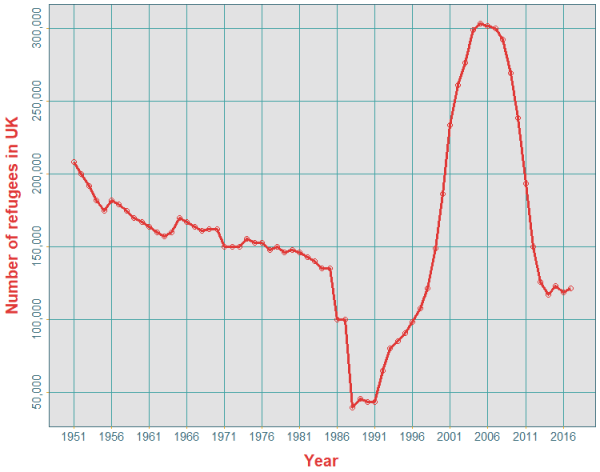 Figure 3: A time series plot of the total number of refugees entering the UK.

In addition to looking at refugees, we have also analysed the number of asylum seekers present in the UK. At the start of 2017, the UK had 43,597 asylum-seekers from 109 different countries. Plotting the same maps as those we created for the refugee population in the UK, we found similar spatial patterns. A potentially more interesting set of data are the information that the UNHCR provides on the number of decisions made during the first half of 2017. The UK processed 45,191 asylum applications by mid-2017 of which 30% were recognised, 57% were rejected and the remaining were otherwise closed. In Figure 4 we map the proportion of decisions made by country and in Figure 5 we provide the success rate in each country. We can see in Figure 4 that the largest numbers of decisions were made for asylum seekers that originated from the Middle East, India, China and North East Africa. Countries with particularly high success rates include Syria and Tajikistan (both 70% and above). Countries with low success rates particularly given the number of asylum seekers present in the UK include India and China.

Figure 4: For all asylum-seeker application decisions made in the first half of 2017, the countries from which the asylum-seekers originate from coloured by the percentage of applicants. 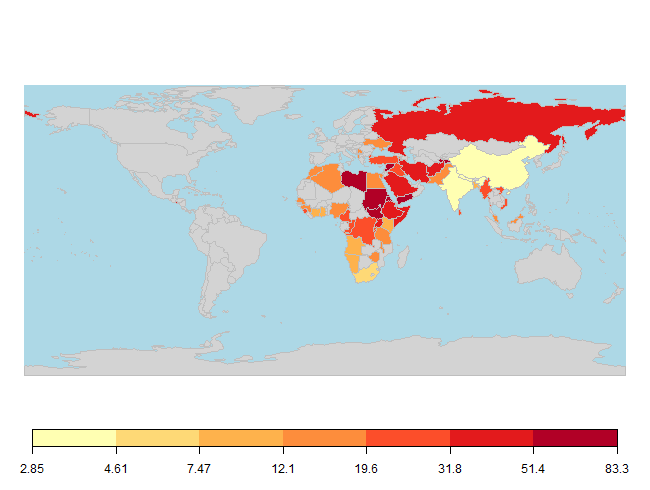 Figure 5: For all asylum-seeker application decisions made in the first half of 2017, the countries from which the asylum-seekers originate from coloured by the percentage of applicants that are successful.

Finally, we have also produced a circular plot of the flow of asylum-seekers in 2017, also known as a chord diagram. In Figure 6 below we have plotted the population of 2017 asylum seekers, grouping each country into larger geographic regions. This plot shows the numbers of estimated asylum-seekers moving between the different regions, which is quantified by the width of the flow at both the region of origin and asylum (given in 1000s). The colour of the flow can be used to identify where asylum seekers are moving from and to, with there being a larger gap between the flow and the region that asylum seekers are leaving. We can use this plot to better understand the population size of asylum-seekers in each region and the composition of the asylum-seeker population in terms of where they have come from and where they have travelled to.

From this figure, we can conclude the following: 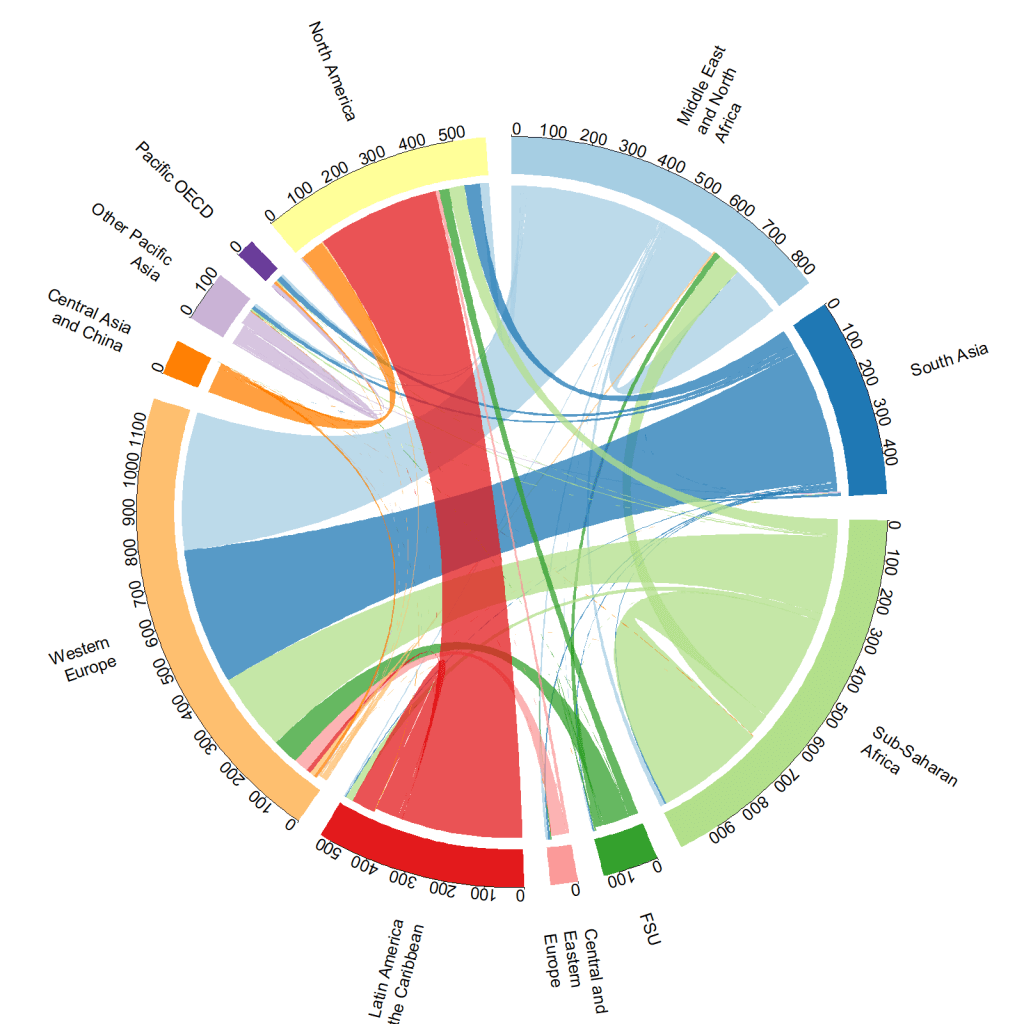 Figure 6: A circular flow diagram of asylum seekers throughout the world in mid-2017. Note that the axes are scaled to 1000s.

In this blog we have looked at different ways of visualising the populations of both refugees and asylum-seekers using the UNHCR annual statistics. We’ve used a combination of maps, time series plots and a chord diagram to demonstrate how many more insights you can gain from a data set when you use innovative visualisations. Not only have we discovered how recent conflicts have impacted the population of refugees within the UK, but we’ve been able to better understand which countries are more likely to have a successful asylum-seeker application as well as provide a whole World snapshot of asylum seekers in one simple plot.